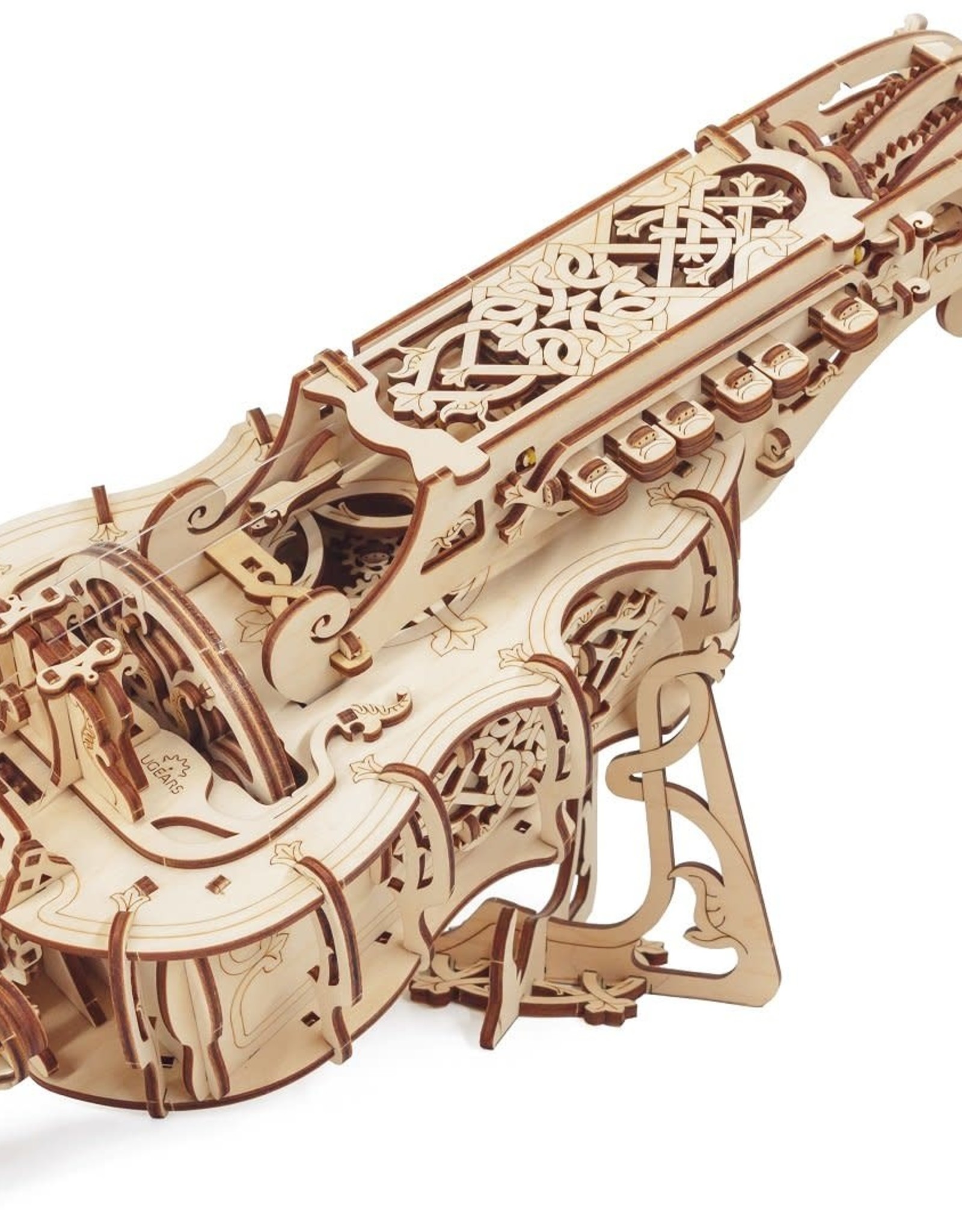 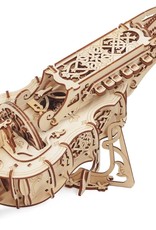 Ready to challenge yourself with a whole new element of model building? With the clever construction of the UGears Hurdy-Gurdy musical instrument model kit, you can take music making into your own hands. Puzzle through 292 interlocking pieces to create your masterpiece. This instrument can be a challenge for even experienced constructors, allowing for hours of creative engineering followed by an inventive musical experience.

First invented in medieval times, the hurdy-gurdy is a violin-like instrument which uses a crank and keys to produce continuous sound. It is thought to be the first mechanical musical instrument. Evidence of hurdy-gurdy elements have been found as early as the 10th century. This instrument has been used by minstrels and bards throughout classical times, the renaissance and even in modern music, where it continues to enchant listeners with its unique sound. The original hurdy-gurdy was popular for its ease of transportation and clear, unmistakable sound. The hurdy-gurdy is fairly simple to play, requiring merely consistent cranking and fingering to create a classic tone hearkening back to Scottish step dances and joyous festivals. It can be played by one or two people and has a number of variations to allow for musical variety.

The UGears Hurdy Gurdy is an instrument quite unlike any other. It comes as a kit with everything needed for assembly. Since the parts fully interlock, no glue is required, so simply follow the instruction manual to remove the pre-cut pieces from their plywood sheets and gently click them together. Thanks to elegant woodworking and stylized workmanship, the resulting instrument is not only functional but also beautiful to look at. As it is played, display windows allow an excellent view of the gears as they work the bow and keys. Mechanical enthusiasts and puzzling experts can enjoy the challenge of assembling the pieces into a lovely and functional model. The aesthetically minded can't help but admire the elegant craftsmanship and the plucky notes. Music is played on two strings that are simple to tune. Buttons and switches control which strings are being played, and keys control the tones, resulting in a violin-like sound.

This mechanical model is recommended for creative minds over the age of 14, but can be a delightful project for the whole family. With the help of the instruction manual and a convenient assembly video available online, the hurdy gurdy should take about 4-5 hours to complete. UGears is happy to offer free replacement parts in the rare case that a piece breaks during assembly. After completion, the hurdy gurdy is perfect as a lap instrument or display piece.