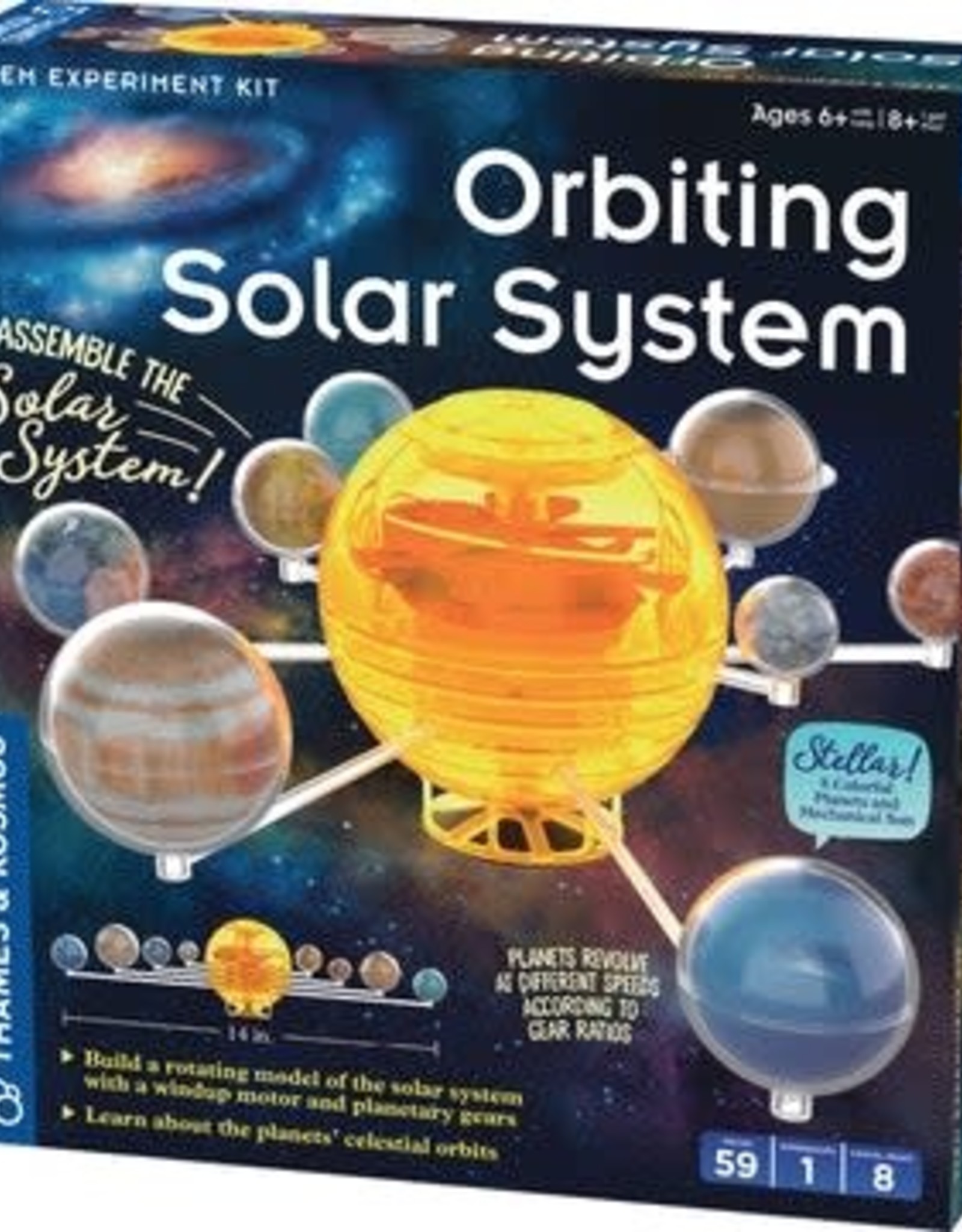 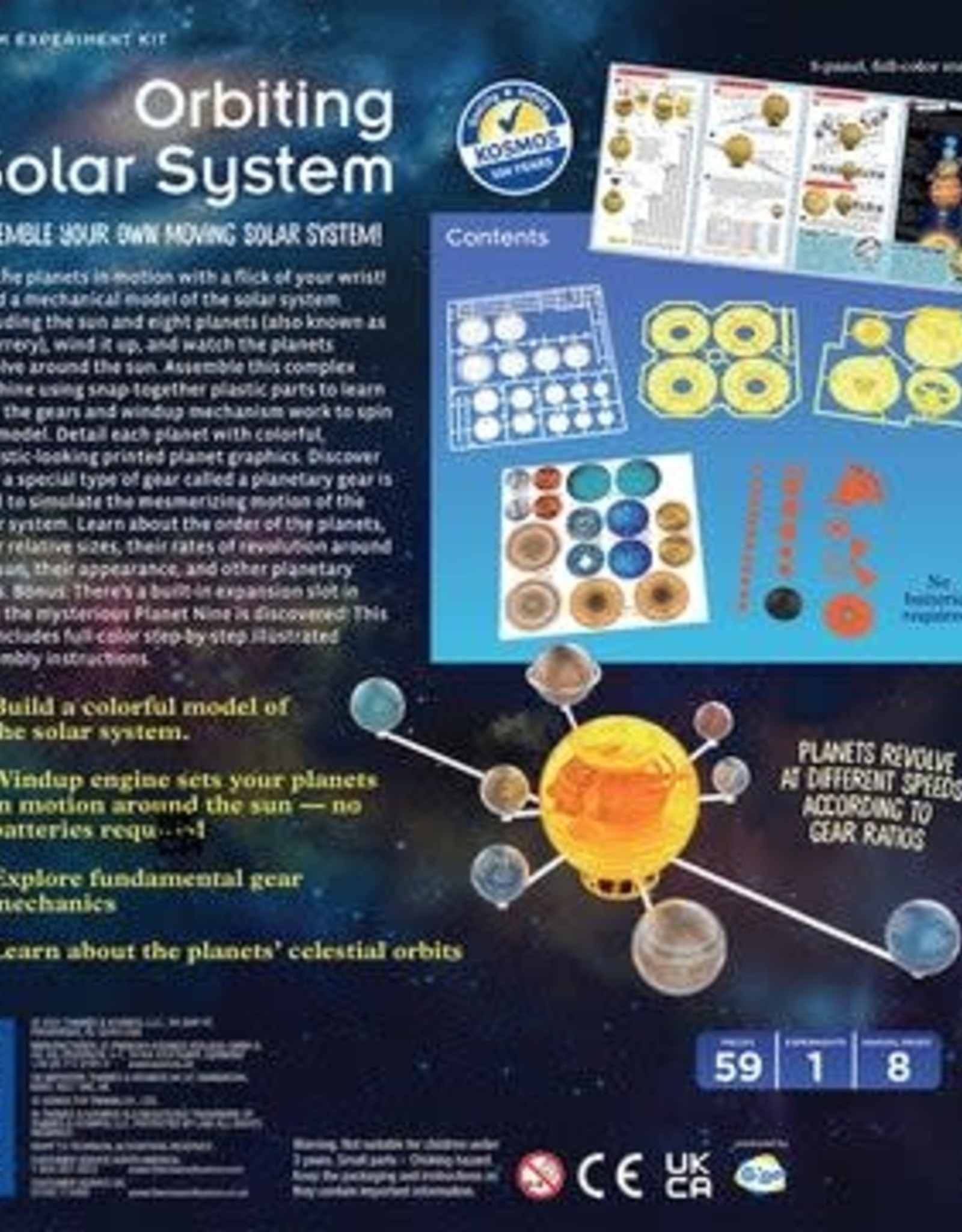 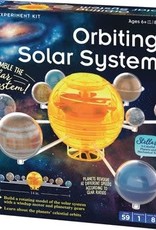 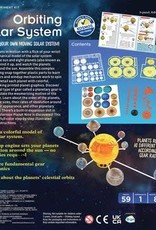 Set the planets in motion with a flick of your wrist! Build a mechanical model of the solar system including the sun and eight planets (also known as an orrery), wind it up, and watch the planets revolve around the sun. Assemble this complex machine using snap-together plastic parts to learn how the gears and wind-up mechanism work to spin the model. Detail each planet with colorful, realistic-looking printed planet graphics. Discover how a special type of gear called a planetary gear is used to simulate the mesmerizing motion of the solar system. Learn about the order of the planets, their relative sizes, their rates of revolution around the sun, their appearance, and other planetary facts. Bonus: There’s a built-in expansion slot in case the mysterious Planet Nine is discovered! This kit includes full-color step-by-step illustrated assembly instructions.

+ Build a colorful model of the solar system.

+ Learn about the planets’ celestial orbits.