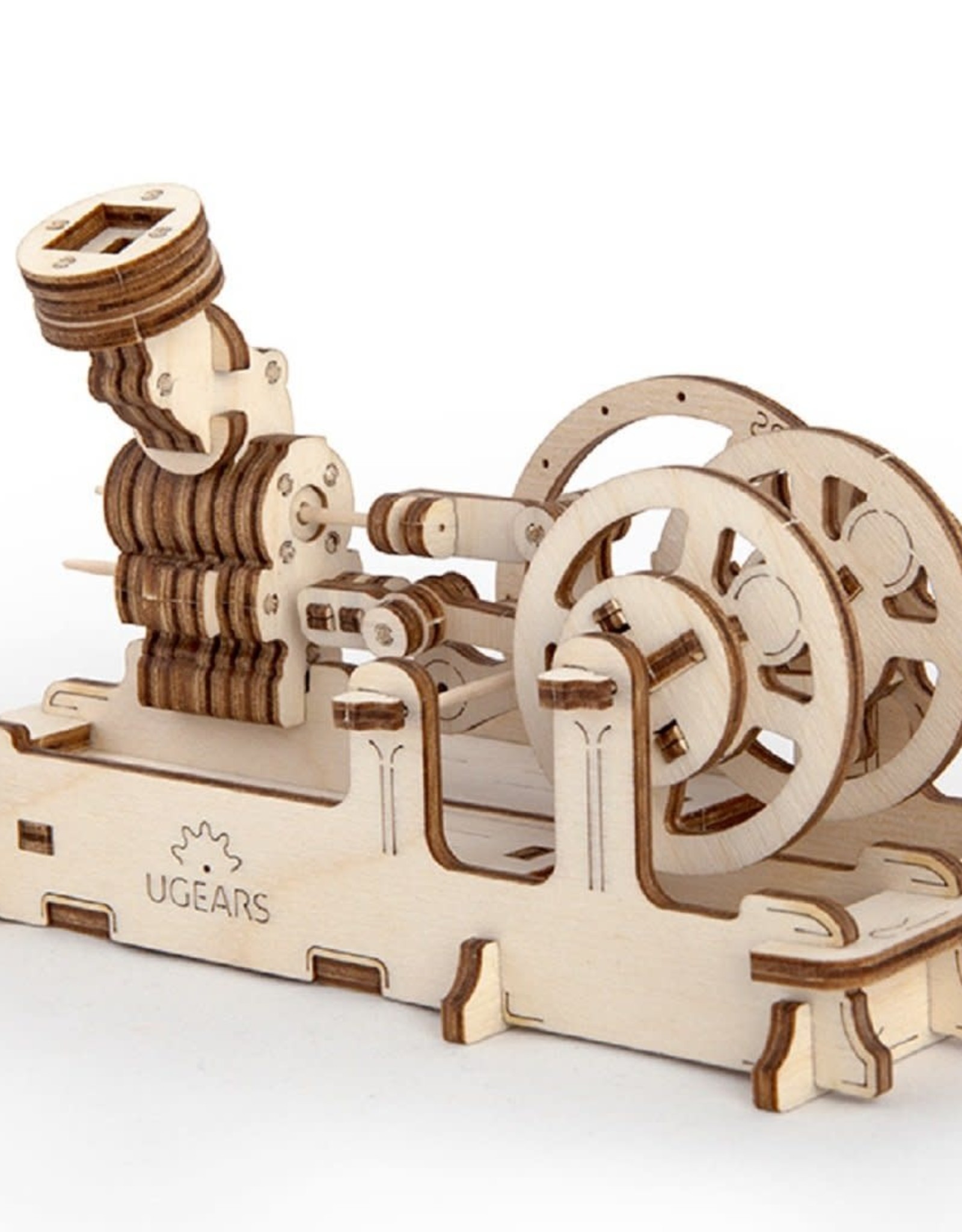 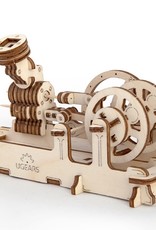 Once upon a time, the invention of the steam engine revolutionized society and the economy on a scale never seen before. The first steam engines were massive hulking machines suitable only to power factories or locomotives, impressive titans that spewed smoke and soot. As technology progressed, steam engines became smaller and smaller. Today, steam engines have been mostly phased out by better fuel sources, but our world wouldn't be the same without them. Steam engines remain an important part of history and a fascinating mechanical curiosity.

The UGears Pneumatic Engine model kit mimics the workings of an old-fashioned steam engine to perfection, but using simple air pressure instead of dirty coal and steam. Its fully functional pneumatic mechanism generates real pressure coupled with the iconic noise that pneumatic engines are known for. Experience the thrilling whir of pneumatically-powered wheels spinning and imagine how they could have been hitched to all sorts of wondrous machines a hundred years ago to power them.

This wooden pneumatic mechanical toy is a small but fully functional example of a steam engine which uses air pressure to set its gears in motion. This model includes a built-in air pressure gauge and two compartments for storing spare parts or anything else you could think of. Watch the air pressure gauge respond to the force you create and see how it corresponds to the motion of the engine wheels and the crescendo of the hissing pneumatic drive.

Relive the age of steam in a bite-sized package that will fit on your desk or table, or use the model machine for educational purposes. The UGears Pneumatic Engine is the perfect demonstrative tool for learning about machining, potential and kinetic energy, mechanical tolerances, and certain basics of physics like the transfer of energy between objects. Not only do you have the opportunity to see every component as you build it yourself, but the open-top model also provides an unobstructed view of the workings of the machine as it converts air pressure into motion.

Generate real kinetic mechanical force just by blowing into the opening or squeezing a balloon (not included) into the hole to spin the wooden engine's wheels. Observe the actual mechanism of these fascinating historical machines as all the parts erupt in motion. Commemorate the legendary era of steam power and the birth of industry with just a breath of air!

If the provided instruction manual is followed faithfully, it should take only around 2 hours to assemble the 82 eco-friendly wooden parts provided as part of the kit. The kit is rated at an easy difficulty and does not require any adhesives or tools to aid in construction, just fit the pieces together! Recommended for users 14 years old and older.